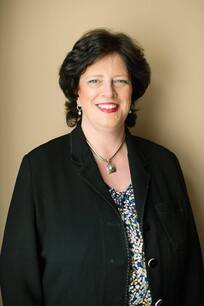 Blánaid Murphy is regarded as one of Ireland’s leading conductors. She has been Director of The Palestrina Choir since 2002. She was Organ Scholar at Selwyn College Cambridge University, where she read music. She furthered her studies at the Musikhochschule in Stuttgart, obtaining a Masters degree.

Her performances have taken her across Europe and the United States and she has conducted virtually all of the large-scale choral repertoire. Ms. Murphy has a distinguished reputation as an interpreter of the choral works of J.S. Bach, having conducted many of his major choral works, including annual performances of the Passions. She also holds the honour of being the most frequent conductor in Dublin’s legendary 10-year Bach cantatas series, which ran from 2001-2010.

Ms. Murphy is in constant demand as a choral director, conductor, adjudicator, consultant and educator. In addition, she is a lecturer in choral conducting on Masters and Doctoral performance programmes at the Royal Irish Academy of Music, Dublin. To date she has been choral director of RTÉ Children’s Choir Cór na nÓg and at the Conservatory of Music and Drama (DIT). She is currently director of The Palestrina Choir, since 2002, St Mary’s Pro- Cathedral Girls’ Choir, since its inception in 2009, Dublin Bach Singers, Carlow Choral Society, the Royal Irish Academy of Music Chorale and Continuum Youth Choir.

Blánaid’s impressive discography numbers over a dozen CDs, highlights of which include Masses of Belgian composer Flor Peeters, CÓR, a collection of Irish choral music on the Arisis label, several CDs of Christmas music, and the ever-popular The Bells of The Angelus CD with The Palestrina Choir. Blánaid was also chorus master on the record-breaking Faith of our Fathers CD.
Pierce Cullen, assistant director 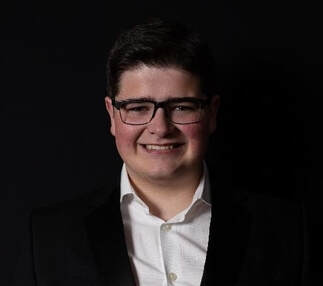 Pierce Cullen is a countertenor and pianist from Dublin. He is currently studying music in TU Dublin Conservatoire of Music & Drama and has sung with the choir for over ten years. He has worked with Saint Patrick's Cathedral Choir, Christchurch Cathedral Choir and the RTÉ Concert Orchestra and the Ulster Orchestra.
​
Pierce is an avid choral musician and has also arranged and composed many works for the Choir, as well as the NUIG Choral Society and is currently composer-in-residence at the Claddagh Choral.

As well as being a pianist, Pierce also plays the organ; coming 1st place in the Stanford Prize at the 2021 Feis Ceoil.
Yvonne Chilton, choir manager